Staying informed
of the latest news 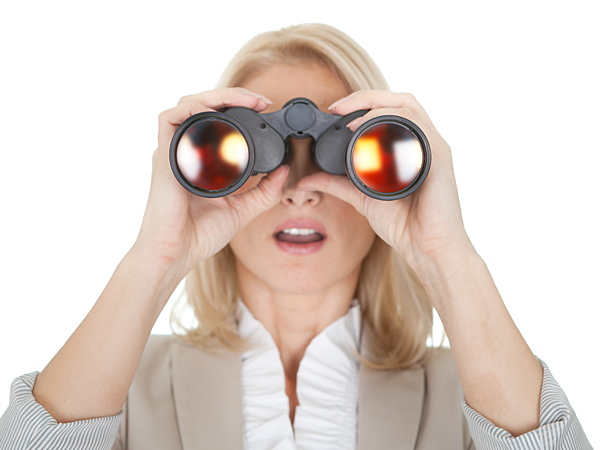 Loan defaults are a serious problem in the 401(k) industry, one that is just becoming apparent as a leading cause of the retirement “leakage” crisis plaguing employer-sponsored retirement plans, and potentially setting up many hard-working Americans for future shock instead of retirement security.

A recent white paper from the Pension Research Council at Wharton/Vanguard found the vast majority of 401(k) loan defaults go unreported because they are not separately detailed on the Federal Tax Form 5500. This study estimates losses of $6 billion annually of so called leakage, as 86 percent of separated employees default on their loans.1 What wasn’t included in the study is even more alarming: the vast majority of participants cash out the remainder of their account upon default, wiping out an estimated $30 billion each year in retirement savings.2

The Tip of the Iceberg

The impact of a 401(k) loan default is immediate, but is merely the tip of the iceberg. Participants who default on their loans owe taxes and penalties, money unavailable to those who have lost their jobs. Even worse, these lost funds miss out on decades of compounding. The average borrower forfeits almost 25 years of earning potential. Consider: when a borrower cashes out a $20,000 account following a $5,000 loan default, it will cost the average worker more than $100,000 in lost accumulation by the time they retire.3

Employers are beginning to ask hard questions such as “Is there a way to help borrowers better understand these risks?”, “As a plan sponsor, am I doing everything possible to preserve my employees’ retirement benefits?”, and “Is there an effective alternative?”

Layoffs Are a Fact of Life

With two major recessions since 2000, no one knows which sector or organization will be next, as evidenced by a technology giant’s recently announced layoff of 7 percent of their workforce.4

What we know is that employees feel the impact. Most 401(k) loans are a result of emergency borrowing. When layoffs occur, borrowers already under duress are faced with job loss, the inability to repay their loans, and ultimately, loan default. Not only do they suffer wage loss, they are further hurt by taxes and related penalties with no relief.

Even more problematic is the significant lost accumulation of their savings, which jeopardizes their retirement security and increases costs and exposure for everyone—employees, employers, and the government.

While layoffs are difficult, employers have traditionally felt little worry over defaulted loans and subsequent loss of participants’ retirement assets. After all, if loans are properly secured by the participant’s account balance, isn’t that enough? But growing awareness of the negative industry-wide impact of loan defaults is beginning to concern employers. In particular, what once seemed to be an obscure legal requirement—that the independent fiduciary has an obligation to protect the participant’s retirement benefit over and above protecting the plan from loss—stands out.

Written guidance from the IRS and DOL requires that a plan document and “provide effective collection efforts following a default.”5 An “effective” collection program necessarily includes providing participants the ability to repay their defaulted loans. A participant loan program that automatically diminishes a participant’s account balance following default, or where collections rarely yield a result, might not be considered effective when the default is involuntary. Until now, there has been no solution to address this concern.

While many plan sponsors and industry practitioners have done nothing wrong, they have long assumed incorrectly that offsetting an outstanding loan balance with the so-called “adequate security” also satisfied the need to preserve a retirement benefit. But it is clear that the collateral of adequate security does not satisfy all fiduciary requirements. The reality is that such diminishing of a participant’s retirement benefit may be necessary after repayment efforts have failed, but automatically doing so has the opposite effect than what was intended under loan programs and actually harms employees by sending plan assets out the door. 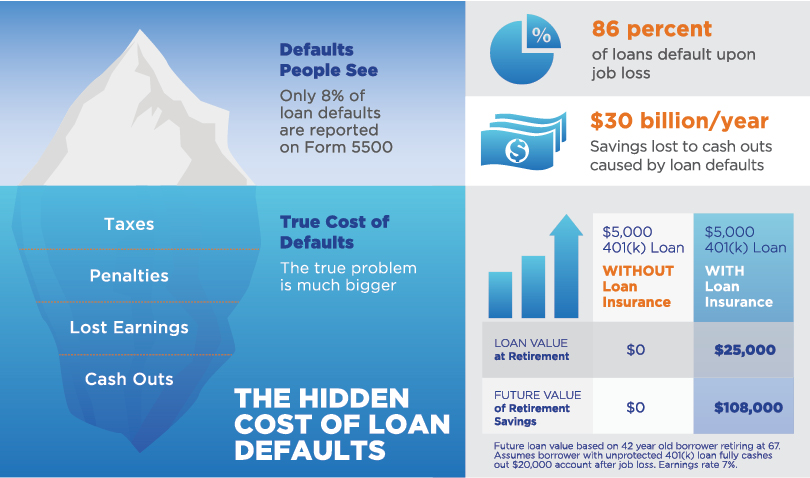 Loan activity and loan defaults are clearly on the radar of regulators. A June 2016 article in PLANSPONSOR magazine pointed out that both the DOL and IRS plan to target large plans with audits based on loan defaults. “Simply put, the greater the number of defaults, the greater the likelihood of audit.”6 Given this regulatory focus, is there a better way to protect participants, beneficiaries, plans, and employers?

The Appeal of Loan Insurance

Fortunately, plans may now take advantage of a sensible innovation that is a more effective alternative than pursuing repayment from laid off workers. 401(k) loan insurance, a newly developed program that employers can adopt to prevent loan defaults, is now available.

Retirement loan insurance, or Retirement Loan EraserTM (RLE) as one product is known, was created specifically to enhance fiduciaries’ ability to satisfy the regulatory loan requirements and solve the growing plan leakage problem.

Employers have full discretion and may easily add loan insurance as part of their employee benefit package. In the event of missed loan payments due to involuntary job loss, the RLE benefit will prevent the loan default by repaying the outstanding balance before the cure period expires. Affordably priced, RLE’s universal coverage provides attractive benefits—limiting fiduciary exposure, preservation of plan assets, and a more effective repayment channel that keeps participants on track for retirement.

Borrowers routinely have insurance in place to protect home equity and even cell phones, while leaving 401(k) plans, now the largest household asset, unprotected.7 Involuntary loan defaults and subsequent cash outs are unnecessary and can be eliminated. The good news for participants and fiduciaries is that a loan insurance solution now exists, one that will improve retirement outcomes for millions of hard-working Americans and provide proactive plan fiduciaries with much deserved peace of mind.

Thomas G. Schendt is a partner at Alston & Bird, LLP in Washington, D.C., specializing in employee benefits, executive compensation, tax and ERISA matters. He is Co-Chair of the IRS Liaison Group for the Mid-Atlantic Region and formerly was a technical assistant to the IRS in the office of the associate chief counsel, Employee Benefits and Exempt Organizations (EBEO). Mr. Schendt is a frequent speaker on the topic of employee benefits and has been listed in The Best Lawyers in America since 2006. He holds B.S., M.B.A. and J.D. degrees from Marquette University.